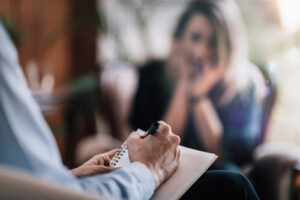 It is worth pointing out that this is not the only proposal that explains these concepts. This column will focus on the biosocial model which is a highly parsimonious theoretical proposal that encompasses within its theoretical scope a wide range of basic science studies on emotion dysregulation (Crowel, Beauchine & Lenzenweger, 2008). The biosocial model, then, presents scholarly concepts that are able to support its proposal with a broad base in various fields of research on this topic. This is the case with genetic studies, neurobiological studies, studies on family patterns, psychological characteristics of children, traumatic experiences throughout development, among other fields of research that are really relevant to this area (Crowel, Beauchine & Lenzenweger, 2008). That is, we are talking not only about a highly solid theoretical model, but also a theory that is simple for patients to explain and understand (Linehan, 2010a). This last feature gives the biosocial model excellent clinical applicability so that patients can understand what actually happens to them and how they can do to better manage their emotions (Linehan, 2015).

Emotional regulation and its four principles.

To begin a sublimated definition of the biosocial model, let’s define emotional regulation in four principles. The first of these is defined by ability to inhibit impulsive or inappropriate behavior related to intense emotions (whether pleasant or unpleasant to feel) (Linehan, 2015). Suppose a situation where you are going to take a test for a competition, or walking in the middle of the university and suddenly you trip and fall in front of a lot of people. Imagine feeling ashamed and the urge to run away from everyone. And instead, you simply get up and head off to take the exam. This example highlights very well the ability to inhibit impulsive or inappropriate behavior in the face of emotional activation. Notice that at no point is it said to stop feeling ashamed, because it is likely that we would still be ashamed in such a situation, however, our behavior would not be being
dependent
on the impulse that shame has generated in us.

The second is defined as the
ability to self-organize to develop goal-directed actions rather than those driven by emotional activation
(Linehan, 2015). If we remember the example cited above we can clearly see this principle, since the person had to have a
directed action
to a goal (to take the exam) by not executing the
action driven
by the emotional activation (go out running).

The third involves
being able to reduce physiological activation when some intense emotion is activated
. Here try to recall the first person you fell in love with (Linehan, 2015). Try to remember a situation when you were going to talk to this person and it seemed as if your heart would come out of your mouth, because it was beating so hard, but so strong, that you had to stop, take a breath, pluck up courage, and go over and talk to this person. This brief pause to “take courage” means
to be able to briefly reduce a little bit the physical symptoms related to this intense emotional activation
so that it was possible to take the action of talking to the person.

The fourth principle is related to
being able to switch the attentional focus when in an intense emotional response
(Linehan, 2015). Imagine a gathering of friends at which the cousin of one of your friends makes a clearly xenophobic statement, which ends up making you very uncomfortable. From there, you start trying to defocus your attention from what this person is saying in order to try to calm down and not end up having an aggressive attitude toward a friend’s cousin during a get-together.

We notice in these principles that define emotional regulation, that emotional deregulation involves the failure of these four components, or, we can observe that emotional deregulation is related to a behavioral response directed by the person’s emotion and that is linked to the demands of the moment, for example, a couple’s argument due to different views about which movie to see at the movies, one of the members of the couple, being angry with the other, is not accepting his movie suggestion and ends up saying “I can’t stand you and all your intransigence anymore”. It is not necessarily that this person can no longer stand the other and wants to separate. It is even likely that this person really loves his or her spouse, but at that moment, because they are angry, they are unable to inhibit the behavior and cannot sustain an action that is related to their long-term goals. However, following what our emotion drives us to do will not always be detrimental to future goals. It is precisely at this point that a proper understanding of what is emotional regulation and what is emotional dysregulation is crucial. 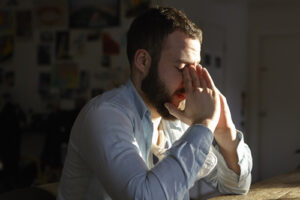 Following the impulse of emotion can be related to actions that comprise long-term goals. At the same time, it is possible in a specific situation to give up long-term goals in favor of short-term actions that re-configure new long-term goals, which would never be understood as emotional deregulation, but rather, as flexibility. That is, we will only define the idea of emotional dysregulation when the emotion-driven action is focused on a demand of the moment that the practical result is either the intensification of the problem situation and/or the formatting of new problems without the person actually having any perception of these effects (Linehan, 2010; 2015).

There are people who habitually in their lives manage to maintain a pattern of responses with a lot of emotional regulation, that is, they can often use the four principles of emotional regulation mentioned above, and even then they will encounter situations where the emotional activation is really intense and they will have difficulty regulating their emotion. We can conclude that deregulate emotion is part of life. We will all have experiences in which we fail to regulate our emotions properly. Who hasn’t said something more intense than they would have liked to someone when they were very angry, or in love, or very happy? These examples serve to clarify this very important aspect to be understood, which is that all of us will deregulate emotion at some point in our lives.

We need to understand that there are different levels of emotional dysregulation, one of which involves a global pattern (Koerner, 2012). People who have this pattern usually show intense and unstable emotional responses with a marked behavioral pattern dependent on their emotional state. The main consequence of this global emotional dysregulation is intense, self-destructive behaviors, for example, suicidal conduct and self-injurious behaviors without suicidal intent (CASIS). However, it is observed that these people end up presenting many problems in their interpersonal relationships due to their unstable and intense reactions that require actions marked by emotional regulation to develop them, and, finally, important identity deficits because once these people respond normally based on their emotionality (which is naturally already more intense), it causes them to have unstable responses constantly, which ends up making these people unable to establish a good sense of connection with others. Their identity is characterized by the present moment and reconfigured in each situation experienced, being unpredictable, with much variability and instability. It is posited that the pattern of emotional dysregulation ends up being associated with behavioral, interpersonal, cognitive and identity dysregulation, and it is precisely to explain what this pattern is and how it develops that the model
biosocial
was developed (Linehan, 2010; 2015).

Thus, this review of the biosocial model has transposed basic explanations of what emotional dysregulation is, developed by Linehan to understand why understanding this pattern is so fundamental to adequate psychotherapeutic treatment.

0
0
Carrinho
Carrinho esta vazioVoltar a Cursos e Treinamentos
Continuar Comprando
This site is registered on wpml.org as a development site.